As the Creation Museum debate approached, atheists and theists criticized Bill Nye for his decision to debate “Answers in Genesis” CEO Ken Ham. But why is this? The simple answer:

Ken Ham claims that the theory of evolution inadequately describes the growth of Earth’s flora and fauna. Not only does he ignore the massive amount of empirical data supporting the theory, he then goes on to believe that life was created by God in primitive form. From there, he believes, different species (or “kinds”) steadily progressed via “micro-evolution.” This isn’t the end, I’m afraid. He also claims to have a personal relationship with that creator being. 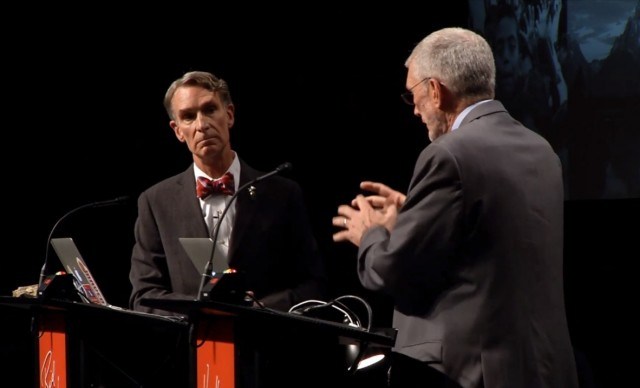 Most atheists know this is ridiculous. But not every atheist believes people like Ham should be taken seriously. With this post, I do not intend to weigh in on the “Should we debate creationist?” question. That is a matter of choice. Personally, I find it valuable because I’m also a secularist. Battles are being waged in the Southern states of the USA over whether state-funded student textbooks should include Intelligent Design as a legitimate scientific field. Ignoring them won’t make them go away. If we aren’t careful, their beliefs could infect the most vital portion of our society: our children. This isn’t only an American problem, this is a global issue that must be addressed.

So, how should you go about debating a Young-Earth Creationist? YEC’s (young-earth creationists) have no problem telling you why they believe the theory of evolution is flawed. In my experience, most won’t shy away from discussion. But before doing so, understand their position on evolution.

Let’s use the Christian Evangelical Young-Earth Creationist as an example. What strategies and arguments must you be ready to defend against?

Of course, this isn’t the most comprehensive of lists. It’s meant to act as a starter guide, citing many of the most commonly posited arguments for Creationism. If you decide to watch the upcoming debate, pay close attention to Ham’s arguments. Write them down, study the opposition, and better yourself for the next time you find yourself tangling with a Young-Earth Creationist.