To many, Christianity is the answer. It brings comfort, purpose, and sense of pride. These feelings mean so much to the Christian. But are these feelings justified? Do Christians have good reason to trust the truth of their beliefs? Author J. D. Brucker brings forth a short collection of arguments against Christian beliefs, exposing the falsehoods of the faith so many all around the world cherish.

“Brucker takes complex subjects, applies them in lay terms, and even offers a bit of a memoir to offer his own insight and experience into the equation.” – Matthew O’Neil, author of You Say That I Am, After Life, What The Bible Really Does (And Doesn’t) Say About Sex, and Attrition

“It makes wonderful, original arguments that are easy to understand and share with peers.” – Joey Lee Kirkman, author of Bedtime Bible Stories – Explicit! 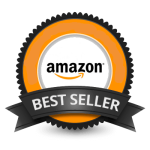 Improbable
Issues with the God Hypothesis

“Does God exist?” – This question has plagued humanity since its beginning. From the primitive to the sophisticated, humankind has worshipped gods of every shape, gender, size, and creed. One god, however, reigns supreme: The God of Abraham. Giving birth to the three most prevalent monotheistic religions existing today, Yahweh has dominated the theological landscape. A recent intellectual movement has taken place, however, challenging the religious status quo. This movement has given many the right to approach the God hypothesis with skepticism. Improbable: Issues with the God Hypothesis critically examines the claims made by the religious, determining whether a belief in Yahweh is actually as reasonable as long believed.

“Improbable is a book that seeks to challenge its readers’ concepts of religion, faith, and the monotheistic conventions they may have blindly accepted in the past.” – Armin Navabi, author of Why There Is No God

“If you are someone new to having lost your faith and want to prepare yourself for the conversations you will face by having understandable facts in hand, this is the book you need to read.” – Matthew O’Neil, author of You Say That I Am, After Life, What The Bible Really Does (And Doesn’t) Say About Sex, and Attrition

“Brucker is doing something wonderful – continuing the logical argument debunking the idea of god or the supernatural.” – Joshua Kelly, author of Oh, Your God!

“This book will help young people obtain the verbiage they need when they are confronted by the onslaught of religious people trying to lure them into their cults.” – Joey Lee Kirkman, author of Bedtime Bible Stories – Explicit!

Reason Over Faith
Antitheism and the Case Against Religion

Many contend religion is, in its entirety, tolerant and stands as a force for good. Millions of human beings worship a god and follow the doctrine of their chosen faith, never considering how harmful their beliefs may be. In Reason over Faith: Antitheism and the Case against Religion, J. D. Brucker takes a stand against all that is considered holy, giving the reader an introduction to how the top three monotheistic religions and faith have failed the human race in a miserable way.

“Brucker offers another excellent book on the issue of religion being integrated into the world. With dozens of examples of prejudice against minorities, psychological harm to people simply for being who they are and violence that has erupted throughout history, religion is something that should be taken with the smallest grains of salt.” – Matthew O’Neil, author of You Say That I Am, After Life, What The Bible Really Does (And Doesn’t) Say About Sex, and Attrition

Facing Oblivion
Essays of Life, Death, and Grieving from a Nonbeliever

Life is an amazing thing, filled with happiness, optimism, sadness, and pain. Theists have said atheists are incapable of experiencing the beauty of life because they do not believe in a god. Furthermore, theists have said the grieving process is ruined because atheists generally do not believe in an afterlife. In his fourth book, Facing Oblivion, J. D. Brucker argues against those claims to show it’s possible to live fruitfully and grieve properly without a belief in a god.

When Darkness Comes
A Collection of Short Horror Stories

When Darkness Comes is a collection of short horror stories meant to drive terror into the hearts of readers. From the macabre to the grotesque, J. D. Brucker presents original and gut-wrenching tales tailored to ignite our deepest and darkest fears. 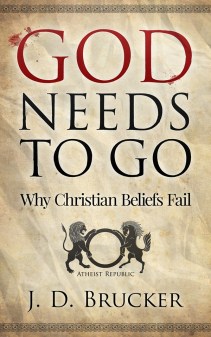 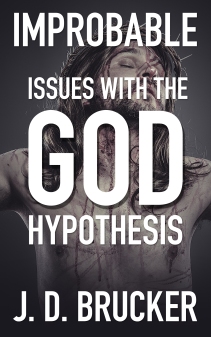